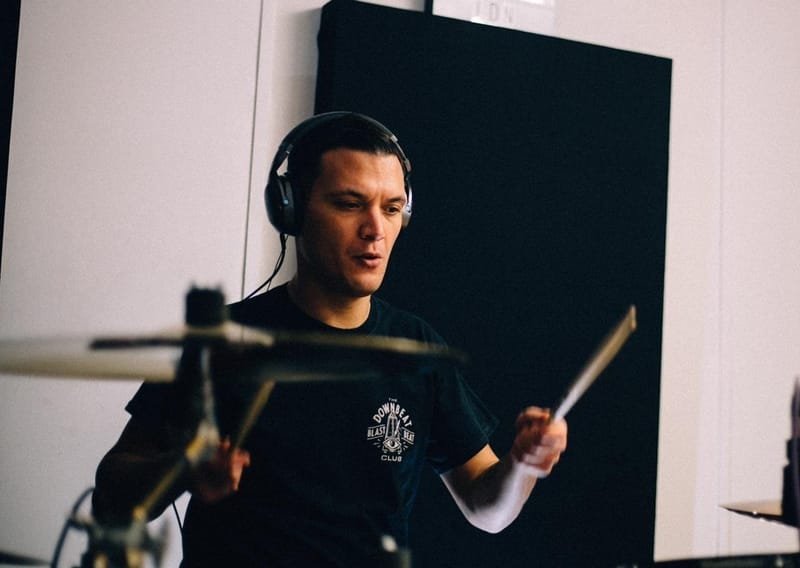 James started playing drums at the age of ten having been bought up on a steady diet of live music thanks to his parents.

Once he started playing his musical tastes quickly expanded towards rock and metal music. After studying for several years James got his first taste of the stage at fifteen and played his first professional gig at seventeen. From the age of fifteen James worked at a popular drum shop in London where he expanded his technical knowledge of drums as well as the playing of it, through meeting top name drummers in the shop.

Since then, as well as continuing to study, James has toured extensively with several bands including a tour of Japan, giving his own drum masterclass and numerous large crowd festivals. During his time at home he started teaching at the age of twenty two and has continued since.

James still tours with his current band continuing to add more to his knowledge of the drums on and off the stage.

James is well versed in many different styles, with a proficiency for rock/metal playing and a vast knowledge of hand and foot technique.