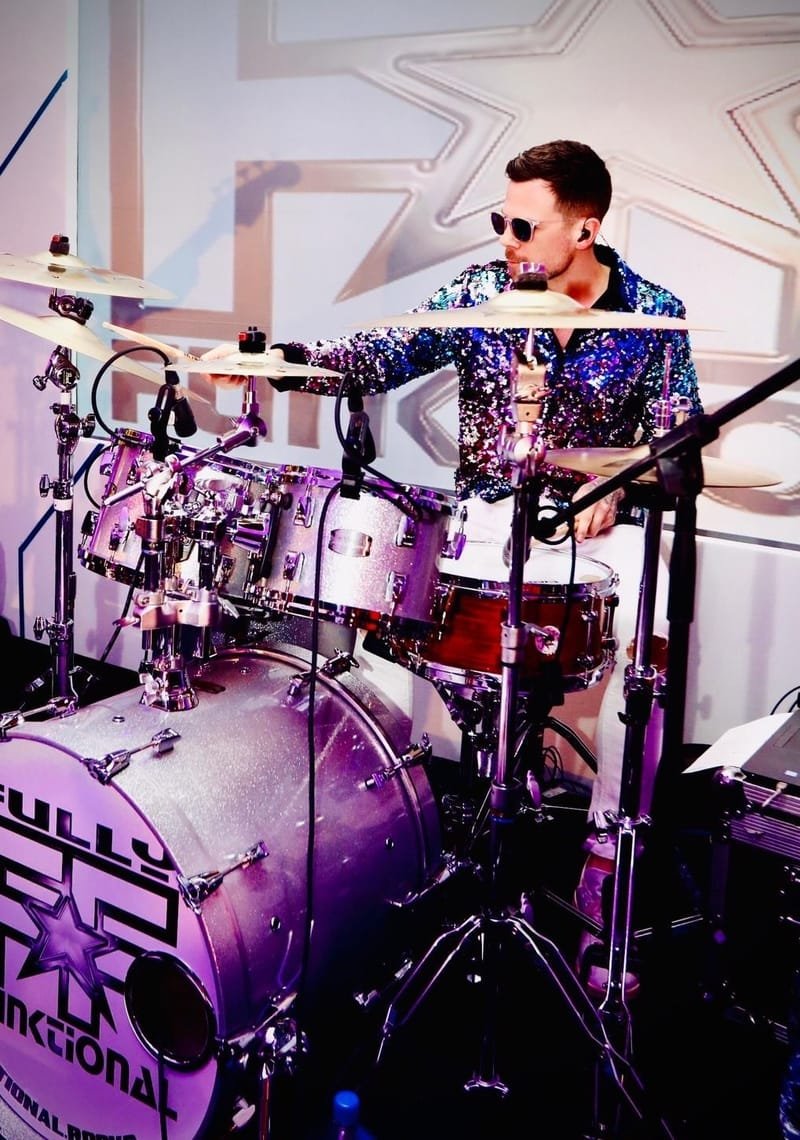 From playing around the city of London in underground club gigs with punk rock bands, to dressing head to toe in sequinned outfits playing for private events around the word, Kyle has been performing live since the day he picked up a pair of drum sticks.

Kyle is also one of our tutors that writes their own music and has done with bands since beginning to play drums at the age of 14 in school. From 2006 to 2009 he studied music at college before joining the band CAROUSEL in 2011, of whom he wrote and performed with for 5 years.

In 2016 Kyle joined the British Institute of Modern Music where he studied for three years and began playing for pop artists as a ‘hybrid’ drummer, specialising in the use of electronics with drums. Following his graduation, Kyle was asked to join one of the UK’s top party bands, Fully Funktional on percussion before later being asked to play on drums.

Kyle now writes his own music under the artist name of LOWEN, releasing his debut single in December 2019 and his most recent single, KARMA in June 2020.

Using his experiences as a fully working musician and songwriter, Kyle teaches students of all ages how to be creative in music.